Skip to content
HomeLatest NewsMaryam Aurangzeb called the news of the Ehsas program and closure of shelters a lie
We will further improve every plan for the welfare of the people. The health card will continue to run in the same way. Statement of PML-N spokesperson 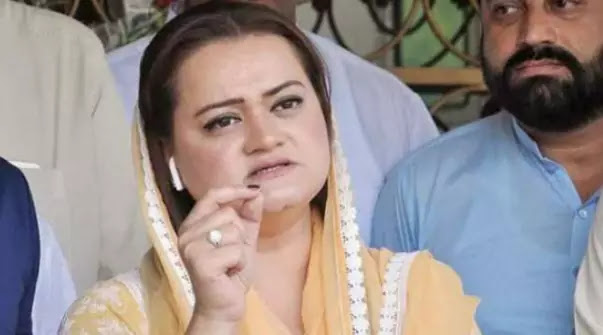 ISLAMABAD – Pakistan Muslim League-Nawaz (PML-N) has reacted to the news of the closure of the Ehsas program and shelters, Maryam Aurangzeb said. He said that every project for the welfare of the people would be further improved and the health care would continue to function in the same manner.
In a statement, the PML-N spokesperson said that Shahbaz Sharif in his first address to the National Assembly after being elected Prime Minister had made it clear that public service projects would continue and Benazir Income Support Program would not only continue but Will be further expanded.
He said that Prime Minister Shahbaz Sharif has decided to make Benazir Income Support Program a source of education for boys and girls and no program has been stopped. We are in the habit of improving every plan for the welfare of the people. The health card started by former Prime Minister Nawaz Sharif will continue to run in the same way and we will make it even better.
Maryam Aurangzeb said that the media is also requested to refrain from giving space to such baseless reports. Does not use security issues for its own politics. On the other hand, Prime Minister Shahbaz Sharif has formally announced the closure of Imran Khan’s previous government’s plan “No one sleeps hungry. No, the government should arrange employment for the people.
It is to be noted that Dunya News reported yesterday that the program ‘Koi Bhoka Na Soye’ started by former Prime Minister Imran Khan has been discontinued, started a year ago on the instructions of then Prime Minister Imran Khan Under this program, four mobile kitchen vans have been activated in Lahore and so far food items worth Rs. 60 crore have been distributed. Was
Earlier, Express-News had reported that the treatment of patients eligible for health care facilities in the Rawalpindi division was stopped unannounced. Hospital management is concerned over reimbursement of expenses while hundreds of patients in more than 25 public and private hospitals in Rawalpindi, Jhelum, Attock, and Chakwal are facing difficulties.