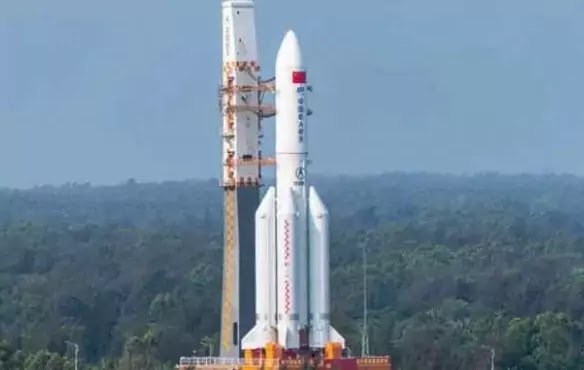 The Russian space agency has released a map of the possible locations of China’s unmanned rocket. The Chinese unmanned rocket Long March Five B could land in the United States, Latin America, Africa, or Australia, as well as South Asian countries.

Has been warned. According to foreign media, a map has been prepared of the possible locations of the unmanned rocket of China. South Asian countries have also been warned.

The 22-ton rocket is one of the 10 largest objects falling from space, reaching the earth at a speed of four miles per second.

The rocket is likely to land on Saturday night or Sunday morning. On the other hand, the US Secretary of Defense says that there is no plan to shoot down China’s unmanned rocket Long March 5B we have the potential to do a lot but we won’t

It is hoped that no one will be harmed where the rocket landed. It is expected that the rocket will land at sea or a similar place. It should be noted that last week on April 29, China took the first step to build its own space station. Picking up, he launched his crew module into space.

The largest Chinese rocket, the Long March, is Tian, ​​the module crew that took off from space on Thursday. The mission set off from the space center on the southern Chinese island of Hainan construction of the station should be completed by the end of next year It is said that when it came back to Earth, it was out of control