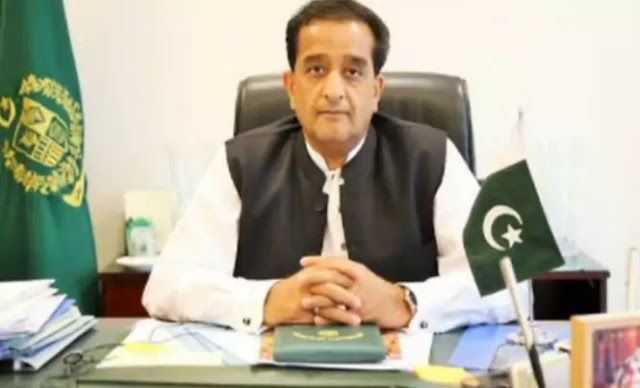 ISLAMABAD – Prime Minister Imran Khan’s Adviser on Climate Change Amin Aslam has termed the reports of quarrels with Zartaj Gul as false and baseless.
According to private TV ARY News, Malik Amin Aslam has said that the discussion held by National Assembly member Riaz Fatyana in the Public Accounts Committee is false. Zartaj Gul had to return due to his participation in the joint sitting of the Parliament on which it was said that crores of Pakistani rupees were lost in the conference. Pakistan did not spend a single rupee on the Glasgow Conference.
The conference was held entirely with the cooperation of foreign donors. Media around the world covered the Pakistani pavilion and climate vision. The US President appreciated Pakistan’s efforts in the conference and the British Prime Minister himself visited the Pakistani pavilion.
It is to be noted that in the meeting of the Public Accounts Committee, Government Member Riaz Fatyana revealed that there was a fight between Minister of State Zartaj Gul and Climate Change Advisor Amin Aslam in Glasgow and Zartaj Gul returned home after fighting with Amin Aslam.