Skip to content
HomeLatest NewsLahore The biggest robbery of the year the dacoit escaped from the house after committing 34 million incidents
Spread the love
The robbers stole Rs 10 million in cash and jewelry worth Rs 19.6 million. The jewelry included four diamond rings and precious watches. 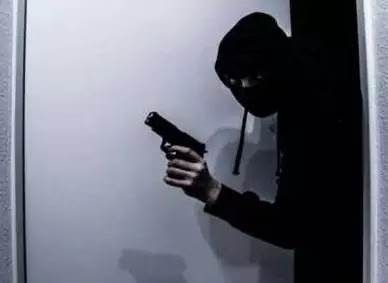 Lahore – In the biggest robbery of the year in Lahore, the capital of Punjab province, the dacoits escaped from the house after committing 34 million incidents.
According to media reports, the biggest robbery of the year took place in the Johar Town area of ​​Lahore, where unidentified assailants looted items worth Rs 34 million from a citizen’s house, after which the accused managed to escape easily. Succeeded
Regarding the incident, the family members said that unidentified persons entered the house at night wearing burqas and after taking the family hostage at gunpoint, the robbers looted Rs 10 million in cash and jewelry worth Rs 19.6 million. I also include 4 diamond rings and precious watches.
It is learned that after receiving information about the incident, the police reached the spot and registered a case in the light of the evidence found there, after which the search for the accused was started.
It may be recalled that Lady Doctor was recently killed for resisting a robbery in the Defense area of ​​the provincial capital Lahore. The tragic incident of the murder of Lady Dr. Khola took place in Defense Phase One. Milne had gone to her house.
The robbers on motorcycles on the doorstep of the house tried to attack at gunpoint. When they resisted, the robbers opened fire and killed Khula, and managed to escape from the scene.
Upon receiving the information, DIG Investigation Sharq Jamal Khan, SSP Investigation Mansoor Aman, and SP Cantt Issa Sukhera along with other officers rushed to the spot and with the help of criminological specialists gathered proof from the scene.
The body was shifted to the General Hospital morgue for autopsy, Wallace said, adding that the victim, Dr. Khula, had gone from Defense N Block to Z Block to visit her friend Raja. Sohail Raja told the police in a statement that as soon as Lady Doctor Khola parked her car outside Raja’s house, two robbers on motorcycles came. Both the robbers aimed their pistols at the victim. The lady doctor was shot dead