Skip to content
HomeLatest NewsLady inspector forced arrested accused to dance naked also made video
Spread the love
Lady Inspector of Police Shabana Irshad was forcibly retired from her job due to negligence of duty and misconduct. 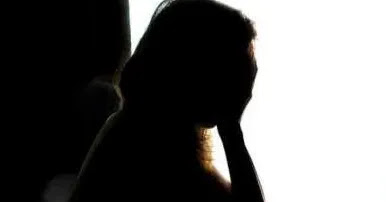 QUETTA – A lady inspector has been sentenced for dancing naked after arresting the accused. A female police inspector has been forcibly retired in Quetta on charges of forcing the accused to dance by stripping her naked during interrogation.
Lady Police Inspector Shabana Irshad was assigned to interrogate the named accused in the case of the murder of a child in the Jinnah Town area of ​​Quetta last year. According to the report, during the 13-day remand in September 2020, the lady inspector and her subordinates showed unprofessional and immoral behavior towards the detained accused.
The video was made by stripping the female prisoner naked and making her dance to a Sindhi song. The report revealed that during the remand period, the accused was stripped naked and forced to dance during the interrogation. The arrested accused were forced to dance by stripping them naked. The female inspector was forced to retire from her job for misconduct and abuse of power.
The DIG said that the forcibly retired Ladies Specter was given ample opportunity to clean up but could not defend his illegal and immoral act. The DIG said that the order of forced retirement of Lady Inspector Shabana Arshad was also issued Lama was accused of killing a child in the Jinnah Town area. On completion of her remand, the accused was sent to jail.