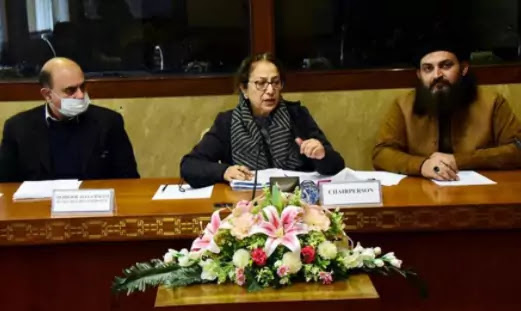 ISLAMABAD – The Standing Committee on Cabinet Division of the National Assembly has revealed that the money for ballot papers published for the Khyber Pakhtunkhwa (KP) local body elections has not yet been paid by the Election Commission to the Printing Corporation.
Due to non-payment from government agencies, there are difficulties in paying the salaries of the employees. With the printing work of government agencies and public sector universities, the company can be made to stand on its own feet. Five billion rupees to do, to make the company profitable, employees will have to give a golden handshake
A meeting of the Standing Committee on Cabinet Division of the National Assembly was held at the Printing Corporation under the chairmanship of Chairperson Kishore Zehra.
The committee members were given a tour of the workshops of the Printing Corporation. That is why the incoming Managing Director (MD) cannot pay proper attention.
National institutions like Printing Corporation are in decline. As a nation, we have to take steps to protect national institutions and restore their dignity.
The committee will play its role in the rehabilitation. The employees of the printing corporation are the assets of the company. The steps taken by the MD for the welfare of the employees of the company are commendable.
Minister of State for Parliamentary Affairs Ali Mohammad Khan said that a tired officer is employed in an institution whose working hours are short. Clean drinking water is not available to the employees working in the workshops here.
MD Printing Corporation said that in order to make the company profitable, the company will have to reduce the number of employees and give a golden handshake, new machines will have to be installed, the government will give five billion rupees to eliminate the deficit of the company.
Only two mechanics are available to repair the machines. Sometimes a mechanic is called from the private sector. The printing corporation is facing a loss of five billion rupees. The binding machine of the printing corporation is closed. The company remained in deficit
He said that due to non-payment of dues from government agencies, it is difficult to pay the salaries of the employees. The board of the printing corporation should include people from the private sector.
The printing corporation has 40-year-old machines. The work is given to the Printing Corporation, the printing work of government institutions and public sector universities can be given to the organization to stand on its own feet.