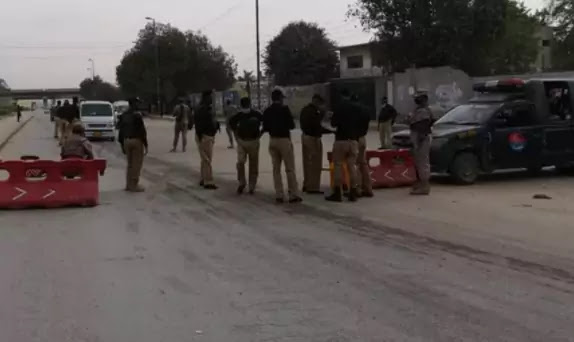 Karachi – Site Superhighway Police arrested two terrorists of the banned outfit and recovered two hand grenades, a pistol, three mobile phones, and a motorcycle from their possession.
According to details, the Superhighway Industrial Area Police, acting on a tip-off, arrested two terrorists Firdous Khan and Anas Khan belonging to the banned Tehreek-e-Taliban Pakistan (TTP).
According to SSP East Qamar Raza Jaskani, They were hiding in the area of ​​Way, intelligence has made arrests on information, arrested terrorists have received training from Afghanistan.
According to SSP East, the arrested accused Anas revealed that he had been arrested and imprisoned in Afghanistan first. The accused Anas’s father Mehboob was a member of the banned TTP Waziristan. Accused Anas added that he was lodged in Pul-e-Charni jail from 2007 to 2012. Police have registered a case under Arms Act and Explosives Act against the arrested accused and started further investigation.