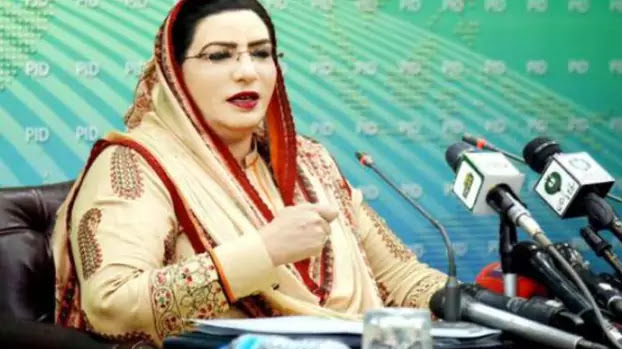 Daska – Yesterday, the political frying pan also appeared to be boiling that claiming to be honest and trustworthy and not to put any kind of pressure on institutions, but the autonomy and freedom of the institutions talking about A video of TI Punjab government spokesperson Firdous Ashiq Awan went viral. In the videos, it can be seen and heard that Dr. Firdous Ashiq Awan is guiding somebody on the telephone.
In which his words are: Let this domineering jerk Rana Sanaullah be somewhat less.

Apparently, it seems that Firdous Ashiq Awan is instructing the police to make good provisions in the pamphlet that is being issued so that proper torture can be inflicted against Rana Sanaullah.
Considering the background of the video, it seems to be the field of Daska and it is being claimed that this video is from the night of the election in Daska or one and a half days before it. It is also alleged that Rana When Sanaullah was arrested by the Daska police and a case of illegal arms was made, the whole drama was created on the instructions of Dr. Firdous Ashiq Awan.
However, after watching the video, at least the PTI’s clear and transparent Chilean PTI, apart from Chile, where did the claims of the sovereignty of institutions, nepotism, and getting rid of the politics of false cases go? This is still the same culture that Makes cases against them, puts them in jail, and lets the people go crazy. Electricity prices have gone up 22 times but revolving credit is increasing.
The PTI government has not accomplished any advancement work to close the entryway of debasement however it has become unimaginable for the poor to relax. Presently the current circumstance is far and away more terrible than the past legislatures. It is necessary to give less explanation as to what is the real issue, otherwise, the PTI government will not be able to maintain the status of Sadiq Wamin like the previous governments.