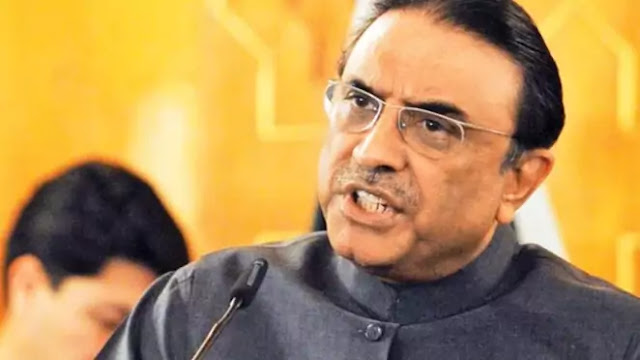 Pakistan Peoples Party (PPP) co-chairman and former president Asif Ali Zardari has said that now is the time to contest the government sitting in the federation.
Addressing the workers in Tando Allahyar, Asif Ali Zardari said that he was going to sit in Lahore and Islamabad to confront the opposition and would set up tents in Lahore to protest.
There are some issues between the federal government and us that will continue he added
He also said that PPP has always done public work and will serve the people under the leadership of Bilawal and Asifa Bhutto.
It may be recalled that three days ago while addressing a luncheon in Nawabshah, Asif Ali Zardari had said that there is an idea for running and managing the country. Has been made into marmalade, but it will not work
Read more: When the border was named Khyber Pakhtunkhwa even a brave man like Asfandyar Wali cried, Asif Zardari