Skip to content
Home Latest News Islamabad police also arrested Mohsin Baig’s son
After the arrest, Hamza Baig was shifted to Margalla police station and will be produced in the anti-terrorism court tomorrow 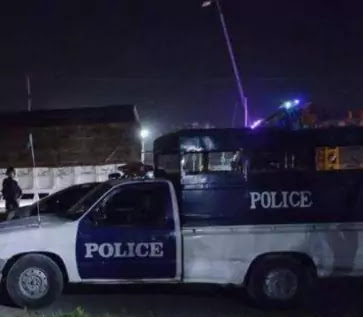 Islamabad – Islamabad Police also arrested Mohsin Baig’s son. According to details, the son of well-known analyst, Mohsin Baig was also arrested in an operation carried out by the police in the federal capital Islamabad on Wednesday night. Islamabad police transferred Hamza Baig to Margalla police station after his arrest. He will be produced in anti-terrorism court tomorrow.
Hamza Baig is accused of torturing FIA officials. Earlier, the anti-terrorism court handed over Mohsin Baig, a well-known analyst, and owner of an online agency, to the police on a three-day physical remand. Mohsin Baig was produced before the Islamabad ATC today.
Mohsin Baig was charged under anti-terrorism provisions, including attempted murder, assault with a firearm, taking a government official hostage, and government interference, when he filed an FIR against him for his arrest. A had an argument with members of the team.
During the hearing of the case in the court, the counsel for the accused refused to grant physical remand and requested to send his client to jail on judicial remand. However, the public prosecutor opposed the request and said that the matter is still under investigation. Mohsin Baig requested the court to give him medical treatment.
He alleged that I was tortured at the police station by the FIA. He said that I was tortured by the FIA ​​at the police station. Later, the court accepted the three-day physical remand of Mohsin Baig and handed him over to the police for interrogation.
Talking to the media, Mohsin Baig alleged that I was tortured at the behest of Prime Minister Imran Khan. Sources said that the action against Mohsin Baig was taken at the request of Federal Minister Murad Saeed. The FIA ​​claimed that the raiding team was fired upon directly.
Following an hour of obstruction, Mohsin Baig was captured. A video of the FIA ​​raid also came to light in which Mohsin Baig can be seen holding a pistol in his hand. An FIA sub-assessor was harmed in the terminating