Skip to content
HomeLatest NewsInternational Islamic University reveals gang rape of female students
Spread the love
The students in the hostel go out after the hostel time is up, the university is trying to cover up the matter. Member National Assembly Chaudhry Hamid 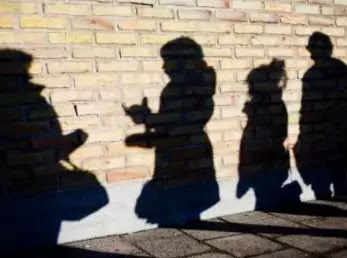 Islamabad – International Islamic University female students were exposed to gang abuse. In this regard, Member National Assembly Hamid Hameed, a member of the Standing Committee on Education, announced that the matter would also be discussed in the next committee meeting. According to details, a meeting of the National Assembly Standing Committee on Education and Vocational Training was held.
In this meeting, National Assembly member Hamid Hameed said that female students residing in hostels go out after the end of hostel time, the university is trying to cover up this matter, there was mass abuse of female students.
Announcing that he would take up the matter further, he said that he would not allow this matter to be suppressed and he would take up the matter at the next meeting.
On which Mehnaz Akbar Aziz said that the condition of universities is bad. He said that protests have been going on in Narowal University since November 22 and the teaching process has also come to a standstill.
According to private TV channel Express-News, National Assembly member Hamid Hameed, when contacted, said that the girls were admitted to a private hospital in the federal capital’s F-Ten Center, after which law enforcement took the warden for questioning. However, the hospital management may have lost the record after that, details will be sought in the next meeting.
On the other hand, the spokesman of Islamic University Nasir Farid denied the news and said that this news is completely wrong and baseless, it has nothing to do with reality.
He said that the college has likewise established an exceptional board on provocation in the light of the bearings of the Higher Education Commission. He said that no report was lodged with the committee regarding the incident and no complaint was lodged.
He said that the security office was not informed in this regard. Strict action is taken on any such complaint or incident report. He further said that the administration of the university does not spare any effort in protecting the lives and property of the students on the campus.