Skip to content
HomeLatest NewsIndian-administered Kashmir More than 2,500 troops deployed
Spread the love
A spokesman for India’s paramilitary Central Reserve Police Force (CRPF), Abhi Ram Pankaj, told AFP: About 2,500 troops have arrived in the region and have been deployed across the Kashmir Valley. 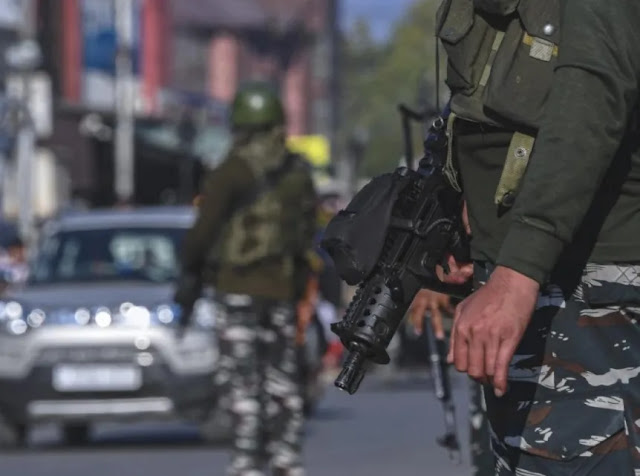 India has deployed thousands of additional troops in Kashmir in recent weeks.
According to a statement issued by Indian authorities today, the additional deployment of paramilitary forces comes after an increase in alleged target killings by suspected militants. The new deployment comes at a time when the region is already the most heavily militarized region in the world with at least 500,000 Indian troops stationed there.
A spokesman for India’s paramilitary Central Reserve Police Force (CRPF), Abhi Ram Pankaj, told AFP: About 2,500 troops have arrived in the region and have been deployed across the Kashmir Valley.
He said that more troops were arriving in Kashmir. An Indian police official told AFP on condition of anonymity that about 5,000 additional paramilitary troops, including Indian Border Security Force troops, were being deployed in the valley from this week.
Some Indian soldiers arriving in the valley are housed in civilian community halls, protected from sandbags. On the other hand, a dozen people have been targeted since last month, including local police personnel, laborers from northern Indian states, locals belonging to Sikh and Hindu communities.
Police and paramilitary forces, equipped with bulletproof gear and automatic rifles, have stepped up searches of routes and homes since the attacks. Armed police and paramilitary forces have also stepped up searches of roads and homes.
Newly deployed troops can be seen around several new outposts set up in Srinagar in recent weeks.
The situation has been tense since the region’s semi-autonomous status was removed from the Indian constitution by the government of Hindu nationalist Prime Minister Narendra Modi in August 2019, where the worst lockdowns and communication restrictions were imposed.