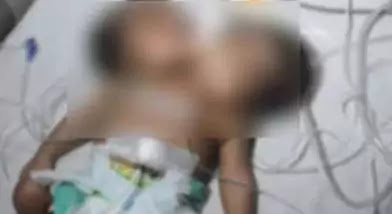 New Delhi – A woman gave birth to a two-headed baby at a hospital in Ranchi, Jharkhand, India, but her parents disappeared shortly afterward.
When the hospital administration wanted to contact the address given by the child’s parents, it was found out that they had also given fake home addresses and phone numbers. The hospital staff suggested that the couple may have already guessed. That is why their baby will not be like normal babies, so they decided to run away from the hospital immediately after birth.