Skip to content
HomeLatest NewsIncident of a robbery at the house of PML-N female senator
Spread the love
The robbers looted 18 tonnes of gold, Rs 2 million in cash, and other belongings from the house of PML-N Senator Nuzhat Sadiq and fled. 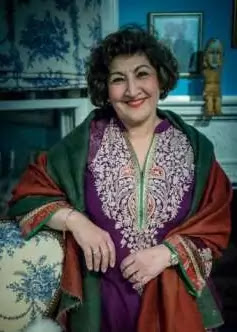 ISLAMABAD – In a robbery at the house of PML-N’s female senator, dacoits looted 18 tonnes of gold, Rs 2 million in cash, and other belongings and fled.
According to media reports, five armed robbers looted cash and jewelry from the house of PML-N Senator Nuzhat Sadiq in the federal capital Islamabad. Senator Nuzhat Sadiq and his son were not at home at the time of the incident.
It is reported that the robbery took place in Sector F-10 of Islamabad where 5 armed robbers entered the house of Senator Nuzhat Sadiq and looted cash and jewelry by taking the employees hostage.
Nuzhat Sadiq and his son Lahore at the time of the incident. Meanwhile, the dacoits came in a vehicle for the incident and fled after the incident. Police registered a case of the incident at Shalimar police station and started an investigation into the incident.
On the other hand, in the biggest robbery of the year in Lahore, the capital of Punjab province, the dacoits escaped from the house after committing 34 million incidents.
The biggest robbery of this year took place in the Johar Town area of ​​Lahore, where Unidentified assailants looted items worth Rs 34 million from his house, after which the accused managed to escape easily.
Regarding the incident, the family members said that unidentified persons entered the house at night wearing burqas and after taking the family hostage at gunpoint, the robbers looted Rs 10 million in cash and jewelry worth Rs 19.6 million. I also include 4 diamond rings and precious watches