Skip to content
HomeLatest NewsIn the terrible initial report of the Lahore bomb blast presented to CM how many explosives were used Details came to light. 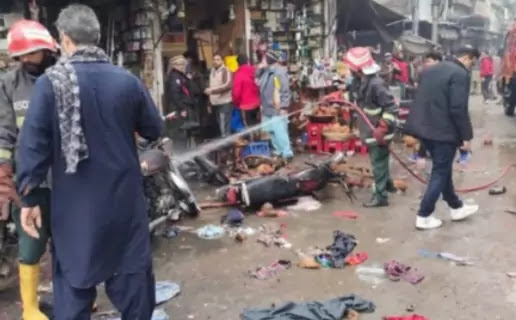 Lahore – A preliminary report on the bomb blast at Lohari Chowk has been submitted to the Punjab Chief Minister.
According to initial reports, the blast damaged the building and eight motorcycles, injured 29 people, and killed two others. The dead included Ramzan and Absar. According to the report, the administration including Lahore police rushed to the spot.
Police, forensic agencies, and intelligence agencies are present at the scene. The explosives were planted in the area. In this regard, help is being sought from CCTV cameras. The injured are being provided the best medical aid. Aid is being provided, some suspects have been arrested and investigations are underway