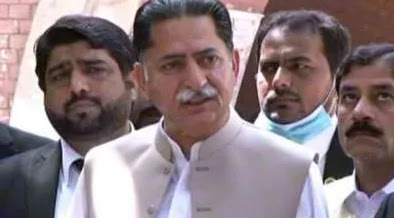 ISLAMABAD – Speaking on a program on private TV channel Geo News, PML-N leader Javed Latif hinted at the release of videos. According to details, PML-N leader Javed Latif revealed that after the revelations of Justice Shaukat Siddiqui, Arshad Malik, and Rana Shamim, some more things are about to come to light. “Some videos will come out now, I don’t have the videos but we are hearing that the videos will come out soon,” he said.
He said that former Chief Justice Saqib Nisar was a member of the WhatsApp group along with powerful people. Javed Latif said that if the video of Judge Arshad Malik and the statement of Justice Shaukat Siddiqui had been investigated then things would have been exposed immediately. The government was formed in an unconstitutional manner but we are not in favor of removing it in an unconstitutional manner.
He further said that the revelations of former Chief Justice Rana Shamim were a matter of national interest.
The PML-N leader said that Ali Nawaz should remember that today’s Prime Minister was a courtier, Imran Khan had been appearing in the Supreme Court without bail. The Pakistan Tehreek-e-Insaf (PTI) made Arif Alvi president after he came to power, who had an audio leak with Imran Khan. While Pakistan Tehreek-e-Insaf (PTI) leader Ali Nawaz Awan, who was present on the occasion, said that PML-N is the only party that has been putting pressure on the judiciary. What did Justice Rafiq Tarar do for PML-N that made him President of Pakistan? Justice Saeed Alzaman was also awarded as Governor of Sindh.