Skip to content
HomeLatest NewsIn the darkness of night, the day of ‘dealing’ fell ‘loose’ in the Senate: Hafiz Hussain Ahmed
Spread the love 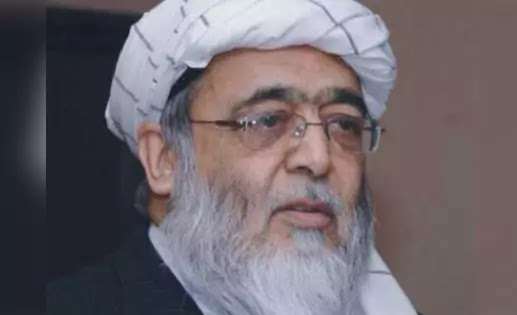 QUETTA – Senior leader of Jamiat Ulema-e-Islam Pakistan (JUI-F) and prominent parliamentarian Hafiz Hussain Ahmed has said that the day of ‘dealing’ in the dark of night has become ‘loose’ in the Senate. Opposition parties have once again lost their confidence in the Senate, while Talha Mahmood, Mushahid Hussain, and Yousuf Raza Gilani have once again shown their mettle.
Talking to media after meeting Balochistan National Party (BNP) Mengal central leader, former National Assembly member Mir Abdul Rauf Mengal, Haji Wazir Mengal, and Abdul Wahid Baloch, Hafiz Hussain Ahmed said that the opposition MPs’ ‘their’ Obedience is neither the first nor the last.
He said that Talha Mehmood weighed the JUI-F leadership in gold to reach the Senate and showered them with it while JUI-KP had decided to give the ticket to its provincial emir Maulana Gul Naseeb. The conspiracy to make Bhai the provincial amir of Pakhtunkhwa is a different tragedy
Responding to a question, he said that if the MPs of the parties did not come out of the house under their personal interest deal and did not come to the Parliament and support the government in disguise, then the people would not hold any exhibition or rental march despite inflation and government. And why would they go out to protest?