In Lahore the brother continued to abuse his younger sister for two and a half years - 10bmnews Skip to content
The parents did not take notice, the elder sister of the victim girl registered a case and arrested the accused 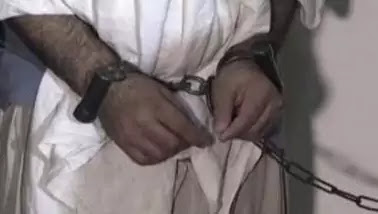 Lahore – In Kahna Naw, a brother kept abusing his younger sister for two and a half years. According to the elder sister of the victim, her elder brother Kamran had been raping her younger sister for the last two and a half years. Were not taking notice.
My sister told me and I registered a case against the accused. Sub-Inspector in charge of Gender Cell Model Town Sadaf Rashid took immediate action and arrested the accused Kamran. According to police sources, further investigation is underway.
It should be noted that the incidence of child abuse is increasing in Punjab. It has been revealed that more than 20,000 women and children have been sexually abused in the last six years in Punjab province. 41 children have also been killed. According to the report, 20,157 women and children have been raped in the last six years in Punjab province. 1292 incidents of gang rape were reported, and 1159 cases of child abuse were registered, and 41 children were killed after six years of abuse, while 3241 cases of domestic violence were reported. The highest number of 3881 incidents were reported across the province in 2019, followed by 219 gang rapes in 2020, and 456 more children were raped in 2020 than in any other year, according to police. Over the years, Punjab Police has completed challans in 75% of cases