Skip to content
HomeLatest NewsIn Hafizabad, the killer of mother and daughter turned out to be the head of the house
Spread the love
The accused first poisoned the tea and then strangled to death 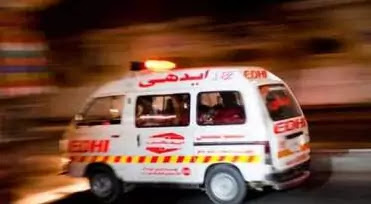 Hafizabad – In Hafizabad, the police traced the blind murder of mother and daughter. According to the police investigation, the head of the house was the killer in this incident of blind murder.
According to the details, after the police traced the blind murder in Hafizabad, the police said that an incident of murder of mother and daughter took place in Kot Sarwar area of ​​Hafizabad five days ago. The killer was none other than the head of the household.
The accused killed his wife and 17-year-old daughter Shehr Bano on suspicion and also tried to paint her as a suicide after the incident. Police said the accused first poisoned his wife and 17-year-old daughter with tea and later strangled them to death.
The police registered a case against unknown persons on the complaint of the victim’s brother and started interrogation of various persons. The accused confessed his guilt and the police formally arrested the victim’s husband.
It may be recalled that an incident of murder of mother and daughter took place in Hafizabad. As soon as the report of the incident was received, the police reached the spot. According to police, 40-year-old Noor Bakht and 17-year-old Shehrbano were alone in the house at the time of the incident.
Police took the bodies into custody and transported them to a hospital for post-mortem, and began an investigation into the indiscriminate killing. A case was registered on the report of the victim’s brother, police said. Unidentified assailants were named in the case, police said, but now an investigation by police has revealed that the head of the household was the killer.