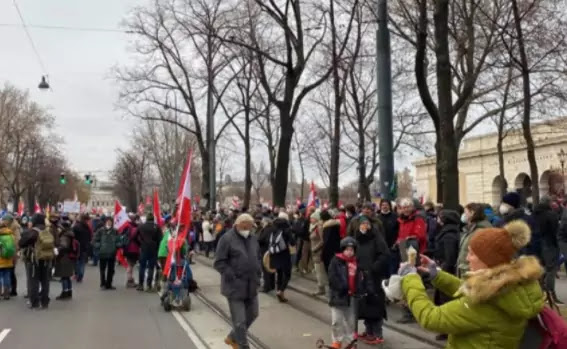 Vienna – Thousands of Corona deniers took to the streets in Vienna, the capital of Austria, to protest against Corona’s actions.
A total of 27 demonstrations took place in the federal capital on Saturday. According to initial police estimates, about 6,000 Corona rebels gathered in the city’s Helden Platz. The executive continued to draw attention to the need for masks through loudspeaker announcements.  However, another 600 people gathered at Schwarzenbergplatz
Right-wing extremists are also said to be among the Corona protesters. Police had tightened security.