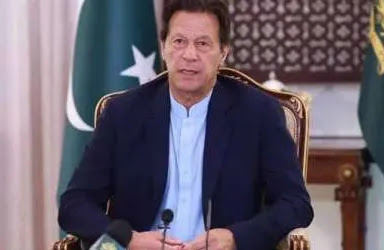 Lahore – Senior journalist Arif Hameed Bhatti says that every government should complete five years but this is the only government that is threatened by the government. How strong the government is. Talking to the people of PTI, it is clear that there is no pilot on this plane. It is clear that the government has lost its majority.
According to my information, when Chaudhry Pervaiz Elahi called a meeting after that Imran Khan tried to contact him twice. We have approved the budget session. Apparently, the government does not exist after the concerns expressed by PML-Q and MQM.
Arif Hameed Bhatti further said that now Imran Khan is trying his best to become a political martyr but no one should allow him to become a political martyr.

On the other hand, the report said that when Chaudhry Pervaiz Elahi asked the members for their opinion on whether to stay with the government or not, Federal Minister Tariq Bashir Cheema argued that the government was not solving the problems of the people.
Therefore, we should not go along with them anymore. However, Monis Elahi is in favor of giving more time to the government. He said that a hasty decision would be detrimental. After that, the majority of the party supported Monis Elahi’s thinking. However, some members of the party were also with Tariq Bashir Cheema.