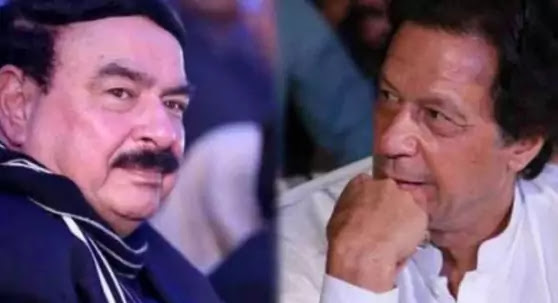 ISLAMABAD – Senior journalist and analyst Saleem Safi while talking about the current political situation said that Imran Khan realized his mistake. It was understood that the policy of intimidation and retaliation would not work. So he started apologizing. Attend visits to them in the name of briefings and also arrange invitations at home.
In his recent column, Saleem Safi said that in short, he has not only returned but is now praising more. That is why the tongues of their interpreters have once again become long. She is OK. He said that the series of predictions and threats of Sheikh Rasheed Ahmed has also gained momentum again and the flight of PTI cronies towards the ranks of opposition has also been temporarily halted but despite this Imran Khan and The panic of his close associates is not going away.
They have banned the life of every single member of the Intelligence Bureau. They are also being closely monitored by those who are apologizing to them. However, there is confidence in the ranks of the main opposition and it has not been able to come up with any strategy to remove them. So what is the cause of this panic? The answer is that in previous years, the media used to get instructions for positive reporting from somewhere else, but now the media has to manage their own media managers.
Earlier for them, the Election Commission was controlled from another place but now this responsibility has fallen on their shoulders. Earlier, the pressure was put on the judiciary for them from elsewhere but now they have to deal with the judiciary themselves. Similarly, they want to arrest Shahbaz Sharif but they are not ready to play their part in arresting him like in previous years.
They want to see Jahangir Tareen behind bars, but his plane is sometimes flying in one direction and sometimes in the other. The reason is obvious. The people who used to do this work, as an institution, realized that what was done to bring and run this system, had tarnished its image, and with the same intensity, if continued. There will be irreparable damage.
Therefore, he does not want to be seen as a party or patron, but he has no plans to dismiss Imran Khan and has not given any script to the opposition. He is assuring Imran that he has no plans for his departure and is convincing the opposition that he is impartial and limited to his constitutional role. Is saying that I am being dismissed and since the opposition is not getting a proper script, she also suspects that he is still keeping compassion on Imran Khan’s head.