Skip to content
HomeLatest NewsImran Khan is the only ruler in the world who has a job in his money trail
Sitting in the Prime Minister’s chair, he made more money than the lifetime earnings from the sale and purchase of gifts to the state. Tweet of PML-N Central Vice President Maryam Nawaz 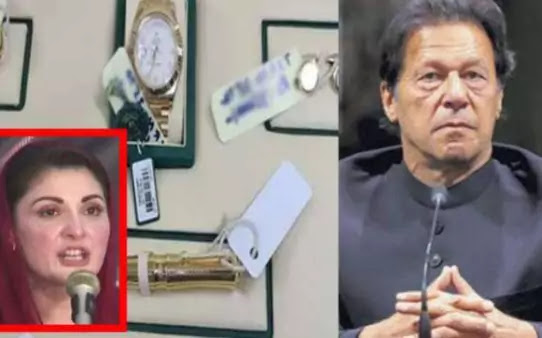 On the other hand, according to Geo News, the government has released statistics on the cost of helicopter travel from Bani Gala to the Prime Minister’s House. The flight costs Rs. 275,000. The journey from Bani Gala to PM’s office is 15 km. Imran Khan’s helicopter has cost more than Rs. 8 lakh per day.
On the other hand, Federal Finance Minister Muftah Ismail said that when he came to meet Nawaz Sharif three years ago, his name was included in the ECL. Nawaz Sharif expressed concern over the current state of affairs in the country.
He said that the most important issue of the coalition government is to improve the economic situation. The previous government broke its promises to the IMF. All promises made to the IMF have been broken because of
If the caretaker government comes, it will not be able to negotiate with the IMF. They will hold elections by putting the country on track. Elections are the solution to the problems.
He said that Pakistan has turned into the third most costly country on the planet. Imran Khan took a record loan of Rs 20,000 billion during his tenure. He will present a deficit budget this year.
The government will continue to bear losses, if the Pakistani rupee comes under pressure then inflation will rise further. Federal Finance Minister Muftah Ismail said that they are trying to improve the economic situation with the guidance of Ishaq Dar, the minimum salary will be 25 thousand. And the 10% increase in pensions and salaries has not been withdrawn