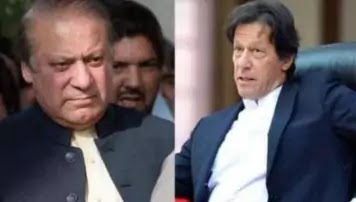 Lahore – Imran Khan allowed Nawaz Sharif to go to London, file his case against Imran Khan instead of Shahbaz Sharif Transparency International’s latest report is a slap in the face of change, senior league leader Azmi Bukhari According to the details, PML-N Punjab Information Secretary Azmi Bukhari has said that the latest report of Transparency International is a slap in the face of change. Should be saluted.
In his statement, he said that Imran Khan has been proving to be a global certified corrupt for four consecutive years. The real horrible face of fake Sadiq and Amin has come before the nation.
The Sharif family is being discredited from every forum and change is being discredited from everywhere. Shahbaz Sharif has been declared honest and trustworthy by the British court.
Nawaz Sharif, Maryam Nawaz, Hamza Shahbaz are being discredited on every front. Receiving all the medals is a rewarding process, the thief, the thief making noise is proving to be a self-certified thief.
The hired spokespersons have no answer for any theft of Imran Niazi. The Prime Minister’s House is being used for conspiracies against the opposition and not for public issues. Imran Khan permitted Nawaz Sharif to go to London. Allowed to go to London