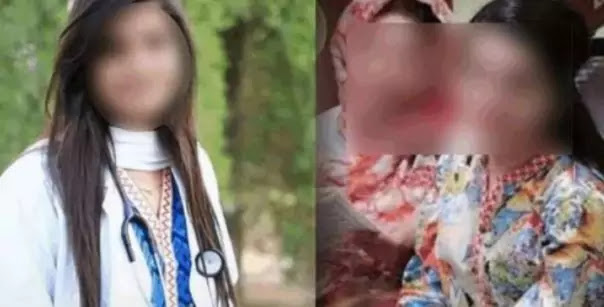 Karachi – Dr. Noshin’s DNA report has come to light. According to media reports, the DNA report of Dr. Noshin, who allegedly committed suicide in Chandka Medical College It has been revealed that the body and clothes of Dr. Nimrata, who allegedly committed suicide in November last year, and Dr. Nimrata, who committed suicide in 2019, have been found to belong to the same person.
After the report came to light, it was recommended to take blood samples from all the men who came to the hostel. He also left a diary. Student Noshin Kazmi’s diary was found in which she also mentioned some domestic issues.
The writings in the diary found in Noshin’s room are written in Roman Urdu. Sources said that Dr. Noshin wanted to inform his father about an important member of the family. According to Zainab Pathan, a resident of Roommate Quetta, Noshin was a very talkative and lonely student.
Earlier, Nimrata Kumari, a student of Chandka Medical College, had also committed suicide. After the demise of Nimrata Kumari, there was a solid response via online media. In total, statements of 45 officers, hostel staff, lady doctors, and class hostel fellows of Nimrata were recorded.
The police investigation was also included in the judicial inquiry into the Nimrata murder case.
Forensic reports of Nimrata’s phone, laptop and body parts were also included in the investigation. The Judicial Inquiry had declared the incident of Nimrata Kumari a suicide and submitted a report to the Sindh Government.
The case of Nimrata Chandani, a student of BB Asifa Dental College Final Year, found dead in Chandka Hostel on September 16 was declared high profile.  NADRA Touch Jamshoro Chemical Examination and many others