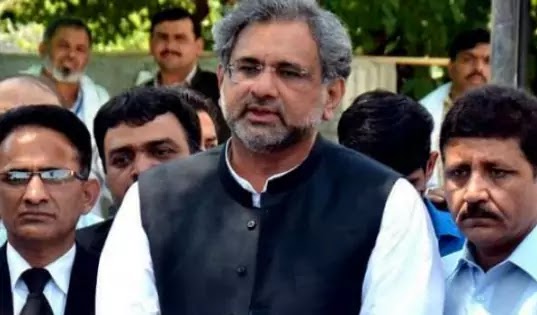 The former Supreme Court judge has been made the head of the Broadsheet Commission with no one to ask him. Former PM talks to journalists

Shahid Khaqan Abbasi said that the standard is different for one person while it is different for another. Billions of rupees were looted in flour sugar LNG. The former Prime Minister said that the former judge of the Supreme Court was given a broadsheet commission. The head is made no one asks them. The PML-N leader said that the meeting on February 5 would be held in Muzaffarabad instead of Rawalpindi. On this day we would celebrate Kashmir Solidarity Day in Muzaffarabad.