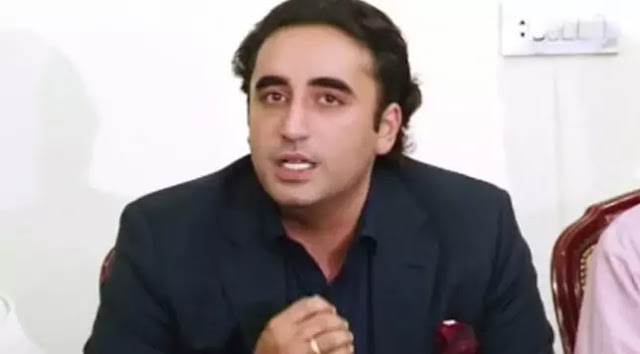 Chairman Pakistan Peoples Party (PPP) Bilawal Bhutto Zardari has said that if the numbers of the opposition were not enough, would Prime Minister Imran Khan have been so nervous?
During a press conference in Islamabad, Bilawal Bhutto Zardari said that abusing Imran Khan would be an insult, the loser starts abusing and tampering with his hair.
He said that the no-confidence motion was not against Imran Khan but against the economic crisis and the foreign policy of this government which had isolated Pakistan in the world.
The PPP chairman further said that Imran Khan is an undemocratic man who believes in fixed matches, preventing anyone from voting in the parliament is against the constitution and law.
He said that Imran Khan only knows how to cheat, the Prime Minister is now trying to cheat, we will not allow this loser to cheat at any cost.
Bilawal Bhutto Zardari said that an appeal has been made to the Chief Justice of Pakistan, Chief Justice of Islamabad High Court, and Chief Election Commissioner that no member should be barred from casting his vote.
He said that there have been problems with MQM in the past, adding that better results could be achieved if PPP and MQM work together to tackle the problems of Sindh.
PPP chairman said that MQM was removed from us under a conspiracy, tomorrow our leadership will have talks with MQM leadership.
Bilawal Bhutto Zardari also said that the Prime Minister has only a few days left, I ask how you are announcing the plans for the coming years.
We have to win the no-confidence motion, then make electoral reforms and hold clean and transparent elections,” he said
PPP chairman says he won’t talk much about coalition talks, Imran Khan’s D-Chowk rally before distrust
He said that after the mistrust, we want to move towards clean and transparent elections so that a new government can come, which has the mandate of the people, and that government can get us out of all difficulties.
Bilawal Bhutto Zardari said that the Election Commission is requested to announce the decision of the foreign funding case as soon as possible, our long march proved that the people’s trust in this government has gone.
We have the right to bring distrust, the prime minister is terrified and abusive, Imran Khan looks defeated he said.