Skip to content
Home Latest News If Sarfraz Ahmed got angry in PSL then how will Shahid Afridi respond? Boom Boom Afridi told himself 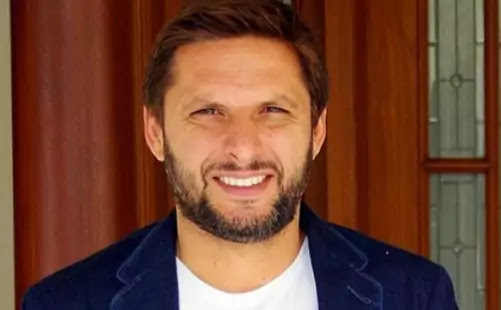 Karachi – Former Test captain and prominent all-rounder Shahid Khan Afridi has said that if Sarfraz gets angry, he will react outside the ground. I will play but at the same time, I will not let the captain feel that I am old.
Talking to the media at the Quetta Gladiator ceremony, Shahid Khan Afridi said, I have become a part of Quetta Gladiator this year as promised. Sarfraz Ahmed is my favorite captain. I am happy to play with Sarfraz and Quetta Gladiators.
I will try my best to fight Quetta as much as I can. Players will be appreciated, as a senior player I will teach the team to fight, every effort will be made to minimize mistakes, players will have to follow the captain’s game plan