Skip to content
HomeLatest NewsIf I save the government by bargaining with conscience I will send a curse on such a government. Prime Minister
If the erring MNAs come back I will forgive them. Don’t ruin your future and the future of your children with money. This is the age of social media where it is difficult to hide anything. Addressing a public meeting in Malakand 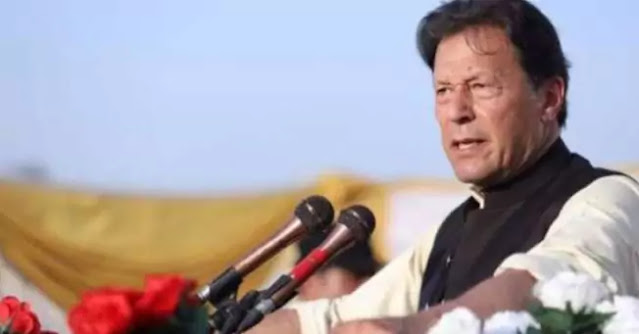 Malakand – Prime Minister Imran Khan has said that the Election Commission, the court, and the people are being traded for conscience, the time has come for the people to decide who he stands with, conscience. If I save the government by making a deal, I will send a curse on such a government.
According to details, while addressing a public meeting in Dargai Tehsil of Malakand Division, he said that at present we have two options to support the thieves and robbers or go to the people who have been talking against defilement for quite some time.
The decisive time has come, there is a difference between a robber and a conscientious objector, one is a robber who goes somewhere else while the other is the one who sells his conscience and religion for money Trying to
The Prime Minister said that a deal of conscience is being struck in front of the whole nation, all this is happening in front of the people, judiciary, and Election Commission.
I tell my nation that now is the time to decide where you stand. When sacks of notes are brought in Sindh House and evil comes before all, then Allah commands you to stand against evil and stand with good. He did not say to be neutral.
Imran Khan said that PML-N members sent Asif Zardari to jail twice for corruption of billions, PPP made cases of theft against Nawaz Sharif, these two parties made cases against each other and called each other a thief.
Stand together to save your theft, today’s youth is aware, this is the age of social media where it is difficult to hide anything, conscientious objectors will be out of the house, it will be difficult to go to events, people forgive conscience sellers People will know these three stages. No matter how much you explain, people will understand why you made a deal of conscience.
He said I can’t trade my conscience. If I save my government by trading my conscience, I will send a curse on such a government. I will send a message to the MNS that mistakes are made.
I am forgiving you. Come back. Don’t make this mistake for the sake of children’s future, don’t ruin your own and your children’s future by taking money