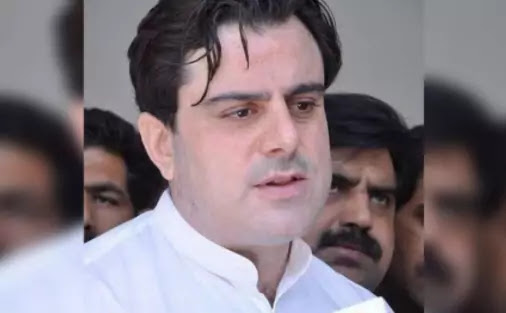 Lahore police have identified two key players in the investigation into the assassination attempt on Noon League MPA Bilal Yasin.
Significant progress has been made in the investigation into the assassination attempt on PML-N MPA Bilal Yasin. Police have identified Sajid Garma and Mohsin, who provided weapons for firing on the PML-N leader.
According to police, both the accused sent shooters to shoot Bilal Yaseen. Efforts are on to arrest both the characters.
Lahore police said that after the arrest of the accused, the motives of the incident will be known.
Earlier, the police had shared a photo of two accused involved in the assassination attempt on Bilal Yasin, in which their faces are clear. Cameras photographed him
The photo shows one of the accused wearing a green and the other wearing a black jacket, both aged between 35 and 40, while the pistol used in the assassination attempt fell from the hands of the accused on the spot.
Police say that the fingerprints of the accused are being obtained from the 9 bullets in the magazine. They are close to the accused and will be arrested soon.
Meanwhile, police have arrested seven suspects, including three arms dealers, in connection with the investigation into the assassination attempt on Bilal Yassin. Has been taken into custody.
Police say there is a strong suspicion on one of the detained suspects, however, none of the detained suspects can be named as the final accused.
Lahore police said that interrogation of the suspects is underway to reach the main suspects. Police said 15,000 calls were shortlisted in geo-fencing.
It should be noted that PML-N MPA Bilal Yaseen was assassinated on Friday night, he was hit by 2 bullets.