Skip to content
HomeLatest NewsI was harassed many times
Spread the love
I was deposed because of the bold decision, I was pressured to resign. Federal Ombudsman for Harassment Kashmala Tariq 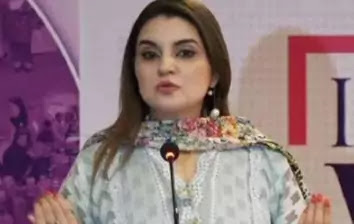 ISLAMABAD – Federal Ombudsman for Anti-Harassment Kashmala Tariq has said that he was harassed many times. He also faced harassment in this post. Talking to Samaa News, he said that he has been harassed many times. In my time, the number of sexual harassment cases has increased seven times.
My character has been tarnished because of the bold decision. I was pressured to resign. Kashmala Tariq further said that I feel very good after separation from politics, it was great to work in my own field again.
Kashmala Tariq says that bureaucrats in cases of sexual harassment. , 22nd-grade officers are also included. The heads of banks and large organizations have had to resign over the issue.
Earlier, the Federal Ombudsman for the Protection of Harassment Kashmala Tariq said that every woman has the right to be given the opportunity to work freely without fear of being harassed.
PIA Chief Executive Officer Air Marshal Arshad Malik, UN Women Country Representative for Pakistan Sharmila Rasool, and others were also present.
Addressing PIA employees at a function held recently, Federal Ombudsman Kashmala Tariq said that almost half of Pakistan’s workforce consists of women, most of whom feel deprived of their full contribution to social and economic prosperity. Because of which they are harassed.
It is the right of every woman to be given the opportunity to work freely without fear of being harassed, as is the case with male members of our society,” she said.