I have a lot of secrets in my heart. I don’t want to aggravate the problems of the Prime Minister - 10bmnews Skip to content
Medals and trophies are awarded at the end of the match, not during the match. After a long silence, Firdous Ashiq Awan reappeared. 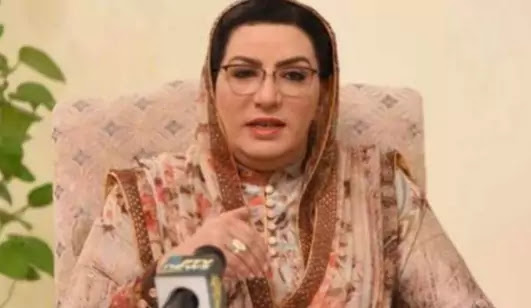 Lahore – I have a lot of secrets in my chest do not want to increase the difficulties of the Prime Minister, medals and trophies are given at the end of the match, not during the match, after a long silence Firdous Ashiq Awan reappeared Came According to details, Pakistan Tehreek-e-Insaf (PTI) female leader and senior politician Firdous Ashiq Awan has re-emerged after a long political silence.
Talking to private TV channel SAMAA News, the former special assistant to PM Imran Khan revealed that the conspiratorial gang was the same in Center and Punjab, some people sacrificed party interests for personal gain. The danger is already there. Firdous Ashiq Awan said that he tried to do his best even in the worst situation but maybe the leadership was looking for something better.
The former special assistant called the mob around Prime Minister Imran Khan inexperienced and self-interested and claimed that they had many secrets in their chests but did not want to aggravate the problems of the prime minister. Regarding the distribution of performance awards among the federal ministers, Firdous Ashiq Awan said that medals and trophies are given not during the match but at the end of the match.
However, referring to the opposition’s attempts to overthrow the government, he said that all these moves were just an attempt to get media attention. It may be mentioned here that Firdous Ashiq Awan, after assuming the responsibilities of the Ministry of Information in the federation, was also appointed as Special Assistant to Chief Minister Usman Bazdar in Punjab. However, later the responsibilities given to him in Punjab were also withdrawn