Skip to content
HomeLatest NewsI came from the home of my own free will I found the missing prayer with Zahra Pakpattan video statement released
My family was trying to force me to marry someone else, they were beating me, video statement of Dua Zahra 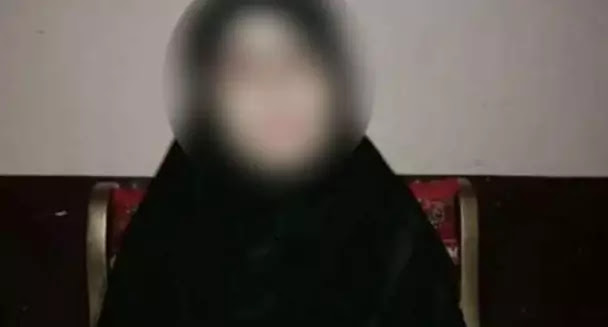 Pakpattan – I have come from the home of my own free will, my family members were trying to force me to get married to someone else, they were beating me According to the details, the missing girl from the Malir area of ​​Karachi was taken into custody by the police from Pakpattan.
In her video statement, Dua Zahra said: They wanted to force me to marry someone else, they beat me, which I did not agree to, I came of my own free will, no one kidnapped me when I did not bring any valuables from home, my family is misrepresenting my age.
Yes, I am 18 years old, I have voluntarily got married to Zaheer Ahmed, there was no coercion so don’t bother me, I am very happy with my husband in my house.
According to sources, Karachi police had shared the marriage certificate of Dua Zahra with Lahore police yesterday after which Lahore police started an investigation in this regard.
It was reported that the police contacted Okara police through this trace and Okara police arrested Asghar Ali from Haveli Lakha.
Police sources said that when Asghar Ali was questioned, he said that both Dua and her husband Zaheer had come to her and are now in Pakpattan.
According to police sources, on Asghar Ali’s statement, the police arrested But they raided the house of a landlord from where Dua and her husband Zaheer were taken into custody. Okara police also took a video statement of the girl in which she said that she had come from the house of her own free will.
Okara police said the two would be produced in a local court for the time being and a decision on their custody would be taken in the light of the court order.
Sources said that details about Dua’s husband Zaheer have not come to light so far and according to the police, an investigation is underway from both of them as to how the two became related.
Besides, Dua Zahra and Zaheer also filed a harassment petition in the local court. Their marriage took place on April 17 while the petition was filed on April 19.