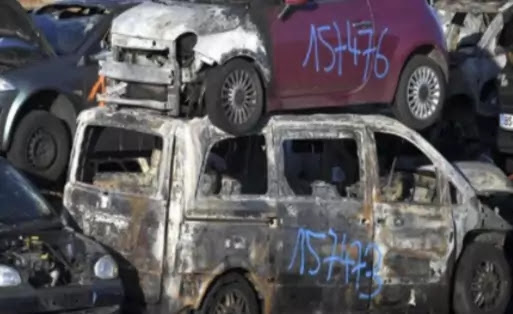 Paris – More than 800 vehicles were set on fire in France to celebrate the New Year. According to the details, this tradition has been going on for many years to celebrate the New Year in France.
At the beginning of each year, hundreds of vehicles are set on fire. In celebration of the year 2022, 874 vehicles were set on fire.
French Interior Minister Gerald Dermanin says 1,316 cars were set on fire on New Year’s Eve in 2019, with fewer people attending the celebrations due to the Corona epidemic restrictions. 441 people have also been detained for violating the sanctions.
In keeping with the tradition of burning cars, 95,000 police officers and 32,000 fighter jets were deployed this year.