Skip to content
HomeLatest NewsHuman Rights Commission demands immediate withdrawal of cases against PTI leaders
Blasphemy should not be used as a weapon against political opponents, no government or political party has the right to do so against opponents. Statement of HRCP 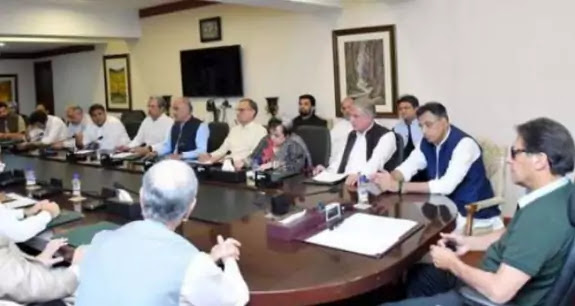 ISLAMABAD – The Human Rights Commission of Pakistan (HRC) has demanded the immediate withdrawal of cases against Pakistan Tehreek-e-Insaf (PTI) leaders. According to the details, a statement issued by the Human Rights Commission of Pakistan said that the cases against the senior leadership of PTI were registered under section 295A, and blasphemy should not be used as a weapon against political opponents.
Neither the government nor the political party has the right to do so against the opposition. Cases against the senior leadership of the PTI should be withdrawn immediately.
Meanwhile, the Islamabad High Court has issued notices to the parties on the petition of Fawad Chaudhry against the cases against the PTI leadership. No action should be taken against them till the next hearing. A copy of the court order was also directed to be sent to the Secretary National Assembly.
During the hearing on the petition, Faisal Chaudhry Advocate read out the statements of Rana and Maryam Nawaz. Faisal Chaudhry Advocate said that Maryam Nawaz said that Imran Khan is a tribulation that should be crushed.
Lawyer Fawad Chaudhry said that the incident took place in Madinah Munawara and cases were registered here, more than one FIR of one incident could not be registered, and cases were also registered in two police stations of Islamabad, we want a list of all cases before the court. To be kept
Chief Justice Athar Minallah asked whether Fawad Chaudhry is still a member of the National Assembly. No arrest can be made without the permission of the Speaker National Assembly. The court issues instructions to the police.
In addition, the court restrained the arrest of PTI leader Shahbaz Gul on his return from abroad. At the request of PTI, Chief Justice Islamabad High Court Athar Minullah issued orders, on behalf of the petitioner, Faisal Chaudhry Advocate Court. When I appeared, the Chief Justice asked the Islamabad High Court where Shahbaz Gul was.
On this, his lawyer said that he had gone to the US on April 28, his return is on May 4, cases have been registered in Islamabad, Faisalabad, Attock, Jhelum, Karachi, and other cities, being subjected to political retaliation. Yes, the petitioners want to appear before the court. 11 different cases have been registered against Shahbaz Gul and others.
Let it be known that the cases filed against the PTI leadership were challenged in the court due to the incident that took place with the government delegation in Masjid-e-Nabawi. In this regard, a petition was filed in the Islamabad High Court by former Federal Minister Fawad Chaudhry. Fawad Chaudhry filed the petition through Advocate Faisal Farid and Advocate Ali Bukhari, members of PTI’s legal team. Assistant Registrar High Court Asad Khan confirmed the receipt of the petition.
The petition seeks that any action of the FIA ​​or the police be declared null and void, on what grounds the reasons for filing cases be made known, and that the persons named in the cases be prevented from being harassed. The cases registered across the country should be directed to be brought on record and the violation of fundamental rights of the petitioners and their associates should be stopped.