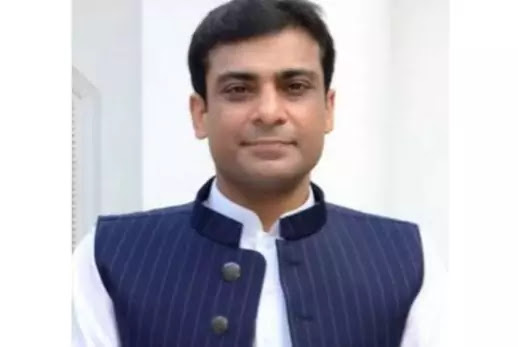 LAHORE – The swearing-in ceremony of newly elected Punjab Chief Minister Hamza Shahbaz will be held tonight. According to media reports, the swearing-in ceremony of PML-N leader Hamza Shahbaz will be held at Governor House where Punjab Governor Omar Sarfraz Cheema will take the oath of office from Hamza Shahbaz at 8 pm.
On the other hand, PTI has announced to challenge the election of the Chief Minister of Punjab in the court. Throughout the entire existence of Punjab, the police have never entered the gathering lobby.
He said that the photographer of Pervez Elahi was also assassinated. He is seriously injured. An Assembly gallery is never constitutional. Voting was held there. The Chief Minister does not accept the election process. Yes, the court will take Sumoto as it was taken. We request the court to open the court on Sunday also.
It may be recalled that the unanimous opposition candidate Hamza Shahbaz Sharif has been elected as the Chief Minister of Punjab with 197 votes, while his rival Chaudhry Pervaiz Elahi did not get a single vote as the PTI and PML-Q had boycotted the meeting earlier.
After the commotion, a meeting of the Punjab Assembly was held under the chairmanship of Deputy Speaker Dost Mazari in which voting for the election of Punjab Chief Minister was held.
The Speaker had closed all the doors of the House before the voting. The Leader of the House had boycotted the election and all members of the House had walked out