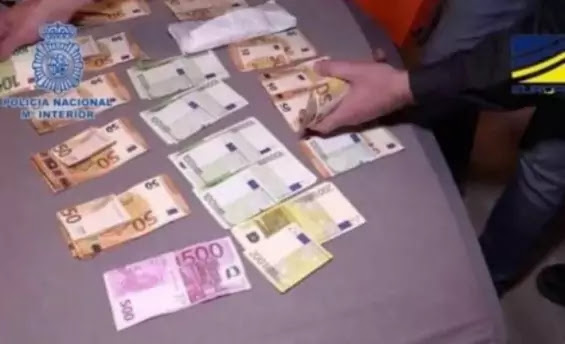 Barcelona – The Spanish National Police have arrested 36 people involved in the business of making fake certificates for nationality. The people involved were preparing forged documents for nationality.
According to reports, the Spanish National Police and the British National Crime Agency arrested several people in a simultaneous operation in Britain and Spain.
During the operation in Barcelona, ​​50,000 euros in cash, 12 laptops, and hundreds of diplomas were seized. According to police officials, those involved in criminal activities allegedly earned more than 4 million euros
Police have revealed that 1380 out of 1667 persons obtained Spanish Nationality Certificate Daley Two by forgery.
According to sources, the police have interrogated several Pakistanis who obtained certificates through fake methods, after which several persons were also produced before the court.