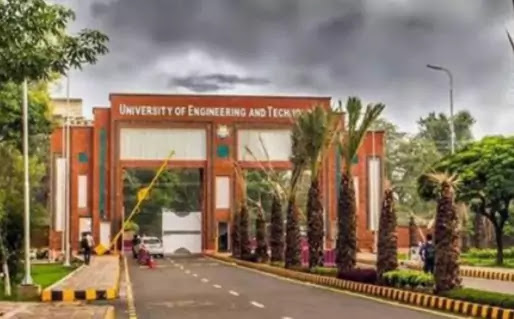 Lahore – Punjab government’s decision against University of Engineering and Technology (UET) Lahore Syndicate and Vice-Chancellor, dismissing Deputy Registrar Abid Umar has been declared null and void.
According to details, Governor Punjab and Chancellor of UET Chaudhry Muhammad Sarwar has issued a written decision against Deputy Registrar Abid Omar stating that the decision of Vice-Chancellor and Syndicate was based on revenge and unilateral action. The decision to bar Abid Omar from joining Tianjin University as Registrar has also been quashed and Abid Omar has been allowed to join Tianjin University.
The decision was issued after a personal hearing between Omar and the UET Registrar. While the formation of an inquiry committee against Punjab University by UET has also been declared illegal. It may be recalled that Governor Punjab had earlier also declared the decision of the UET Syndicate null and void. 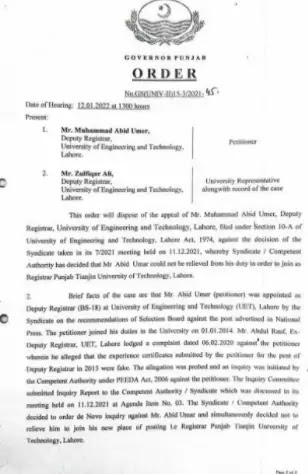 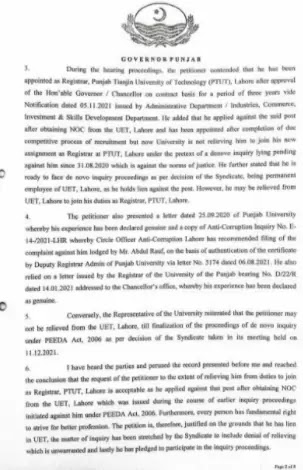 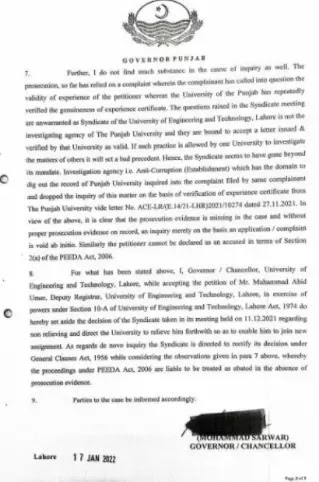