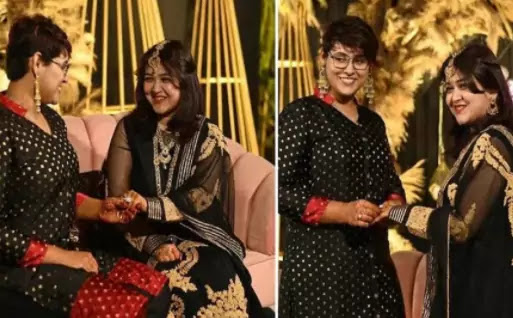 Mumbai – Two gay female doctors got engaged in Nagpur, Maharashtra, India. Pictures of the engagement of Dr. Sarbhi Mitra and Dr. Promata Mukherjee have gone viral on social media.
According to Indian media, the gay couple met during a conference in Calcutta. All of them participated in this conference as speakers. Promita was also present here who expressed her desire to meet Dr. Sarbhi. The two met and then the connection was established.
According to Dr. Promita, she asked Surabhi if she would propose to him in front of her friends, to which she would refuse, to which Surabhi replied that she would not do so at all. After getting consent, the two got engaged and named it Commitment Sermon