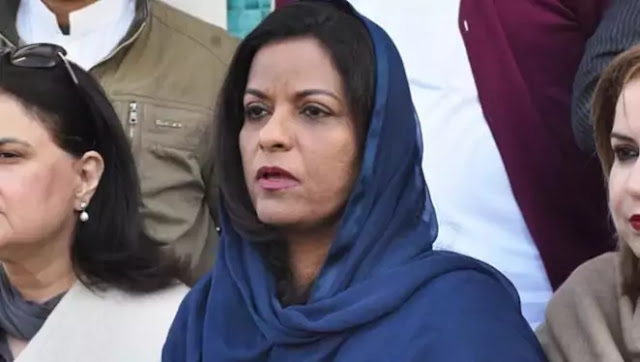 PPP leader Nafisa Shah has said that the fate of the PTI government which happened in KP will be the same all over the country.
PPP leader Nafisa Shah also attended the teachers’ protest outside Parliament House in Islamabad and said that she highly values ​​the profession of teachers and their services, which do not exist. It’s a pity.
Nafisa Shah said that this is the government that has been attacking government buildings.
The PPP leader further said that local MNAs are representatives of the catastrophic government, they only know how to fight the poor, doctors, government employees, teachers, and students are forced to protest across the country.
It is to be noted that the protesters at D-Chowk in Islamabad came face to face with the teachers and police.
Teachers in Islamabad marched from the Press Club to Parliament against the subordination of the Federal Directorate of Education to the Municipal Corporation.
On this occasion, Deputy Ameer of Jamaat-e-Islami Mian Aslam also reached out to express solidarity with the teachers and said that the most incompetent and incompetent government thought of ruining the education system through an ordinance. Has been subordinated to the corporation
Read more: Explosion near Passport Office Kabul