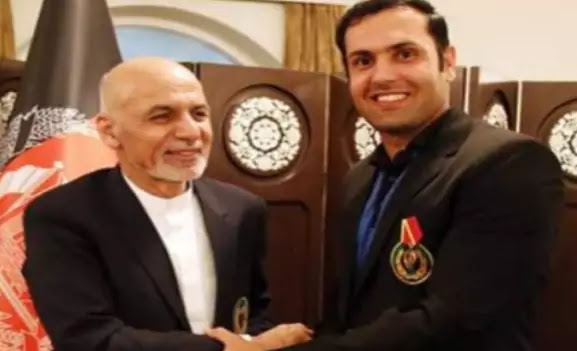 While some Afghan consumers supported Muhammad Nabi’s change of DP, others condemned the act, saying that such a person left the nation in trouble and went abroad by expressing his connection with it. What goals are you pursuing?
When the Afghan cricketer was criticized, his supporters did not remain silent. Defending Muhammad Nabi, Ejaz Atal took the position that he was more important than the current Afghan government as an individual.
Is it okay to take a picture with the former president or did something wrong by doing so that during the discussion the matter reached to the future of Muhammad Nabi’s cricket career? 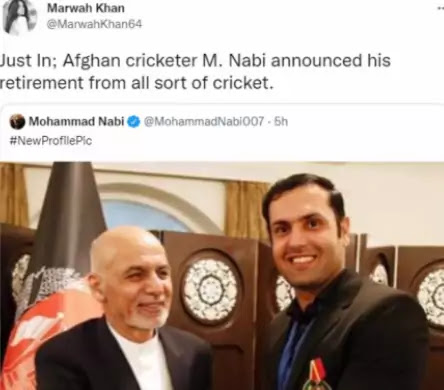 A pro-former Afghan president tweeted a comment on Mohammad Nabi’s DP, saying as a nation, we will continue to suffer the loss of the former Afghan president for decades to come. However, those who commented on his picture said that he had ended his career by doing so. Keep doing that they will not leave the country like their Mamdouh