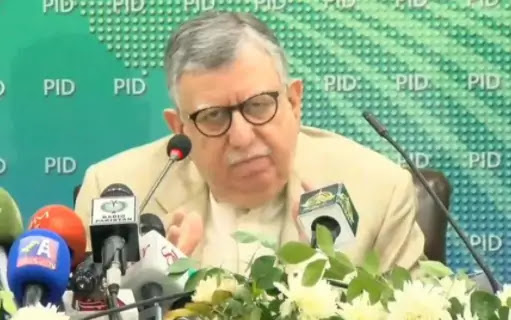 ISLAMABAD – Federal Finance Minister Shaukat Tareen has said that the World Economic Forum has endorsed Pakistan’s economic progress.
According to the details, in his tweet on the micro-blogging website, Shaukat Tareen said that Darmashal, country partner of World Economic Forum, in his competitive report on Pakistan, acknowledged efforts to improve the living standards of economically weaker sections of the society. Through the Ehsas program, the government of Pakistan has emphasized measures based on the values ​​of human dignity and social capital and Pakistan has played a leading role in this regard.
He said that the World Economic Forum (WEF) has also acknowledged Pakistan’s policies based on its future priorities. The Government of Pakistan has played a leading role, significantly increasing Pakistan’s score in terms of short and long-term policymaking.
The Finance Minister said that the world has endorsed the policy based on Smart Lockdown with reference to Cove 19, the government of Pakistan has adopted policies based on the protection of human lives and business, which is showing good results.