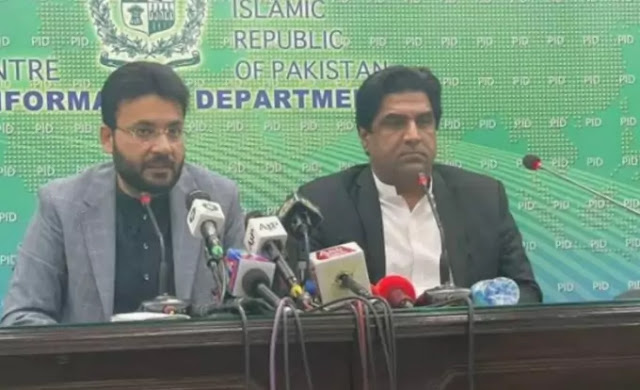 ISLAMABAD – Minister of State for Information and Broadcasting Farrukh Habib has said that if any party has failed in the history of Khyber Pakhtunkhwa, it belongs to PPP. Give
According to details, reacting to the speech of Chairman PPP Bilawal Bhutto Zardari, Farrukh Habib said that the rulers of the past looted the country and made properties abroad, today all the thieves and corrupt leaders of the past Prime Minister Imran Khan. PPP must have remembered its times after the most failed rally in Peshawar, the nation will not fall into the trap of these looting politicians again
Earlier, addressing a press conference at PID along with Special Assistant for CDA Ali Nawaz Awan, the Minister of State for Information and Broadcasting said that digitization of State Land was underway across the country.
According to the survey, 81,209 square kilometers of land have been digitized in Punjab, Khyber Pakhtunkhwa, and Balochistan. Eight lakh 24,210 acres of land have been occupied. Imran Khan is the only Prime Minister who has decided to conduct an audit of the state
He said that Prime Minister Imran Khan has entered the stage of completion of reforms in public and private land records. Land records have been computerized, this was contrary to reality, the governments of Punjab, Khyber Pakhtunkhwa, and Balochistan have fully cooperated in land digitization, which has completed 88% digitization of land.
No, the Sindh government does not want state land to know how much land is occupied, PPP has been ruling in Sindh for 13 years, China cutting, government lands were seized by collusion Occupancy of 816 acres, abandoned waqf properties worth Rs 117 billion and NHA land worth Rs 52 billion has been identified.