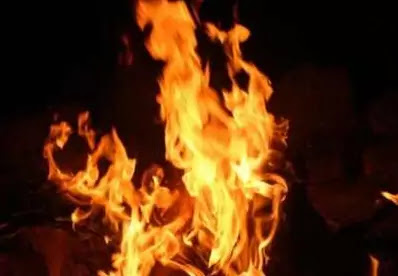 Faisalabad – A fire at a textile mill in Faisalabad, an important industrial city of Punjab, has reduced millions of garments to ashes. According to details, the fire broke out at a textile mill in the Abdullahpur area of ​​Faisalabad where the fire spread to nearby houses.
However, all the workers working in the factory were evacuated but in the area. Due to the narrowness of the streets, rescue teams had difficulty in carrying out rescue operations.
It is reported that the fire started due to a short circuit. The fire spread rapidly and engulfed 3 cars parked in the parking lot. Big.
It may be recalled that a fire broke out in a private bank in Faisalabad last month and a fire broke out in the regional headquarters of a private bank in Kachehri Bazaar in Faisalabad.
The fire engulfed the bank employees. According to media reports, a fire broke out in the seventh and eighth buildings of the building which engulfed the record room of the bank.
Fire brigade personnel reached the spot. On the other hand, a fire broke out in three huts near Quaid-e-Azam city, as a result of which about 100 huts were burnt to ashes.
However, no casualties were reported in the accident. A fire broke out early in the morning which was brought under control, according to fire brigade officials. Six fire brigade vehicles took part in the firefighting operations.