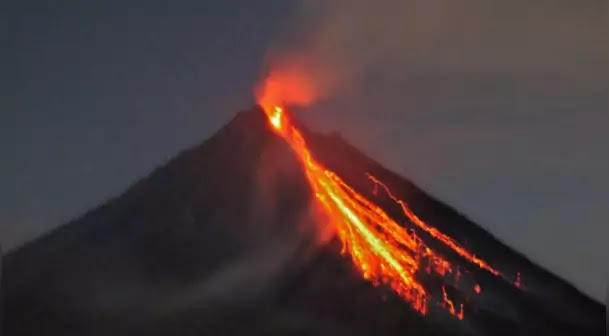 Reykjavik – Scientists in Iceland have begun planning a highly dangerous project of digging a deep tunnel in the middle of a dynamic volcano, which is being strongly warned by other experts.
The team warns that the move could cause the volcano to erupt in full force. According to the Daily Star, the tunnel will be dug in the Krafla volcano in the northwestern part of the European country Iceland.
According to the report, the tunnel will be 1.2 miles deep and will pass through molten rocks. The temperature in this place will be as high as it is in the middle of the earth. Passing a tunnel through this part would be equivalent to passing a tunnel through the center of the earth.
The tunnel will set up the world’s first magma observatory, which will allow experts to view molten rocks at 1,300 degrees Celsius. Could help develop a potential volcano early warning system and discover a new source of energy