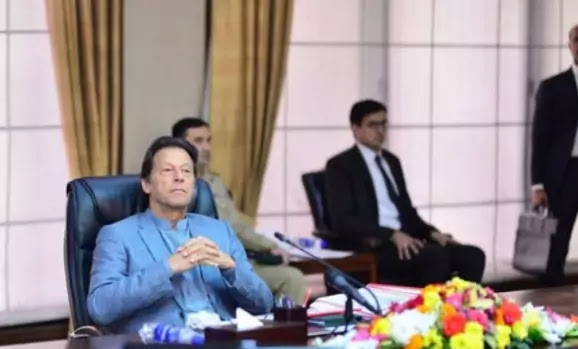 ISLAMABAD (Web Desk) – Briefing a meeting of government spokespersons chaired by Prime Minister Imran Khan, it was informed that a dead vote was also cast in the by-election to be held in Khanewal.
The issue of electronic voting machines was also discussed in the meeting of the spokespersons and the members were informed that a dead vote was cast in the by-election to be held in Khanewal. Opposes that fake voting should not be stopped but EVM is necessary for transparency in the electoral system
Adviser for Home Affairs Shehzad Akbar attended the meeting through a video link and gave a briefing on the money laundering case against Shahbaz Sharif.
He said that billions of rupees were transferred to Shahbaz Sharif from anonymous accounts, Shahbaz Sharif is directly involved in money laundering case, all the evidence against Shahbaz Sharif has come, now it is the job of the courts. Shahbaz Sharif has looted people’s money, Shahbaz Sharif Hamza Shahbaz used to distribute government posts with money, Shahbaz Sharif will have to give an account of every penny. He also directed to highlight the issue of money laundering of Sharif
Briefing on the economic situation in the meeting of spokespersons, Finance Advisor Shaukat Tareen said that soon the exchange rate of dollars will be reduced, the government is giving a subsidy of one trillion rupees to the people. Inflation is lower than that, after the economic recovery, inflation will come down further