Skip to content
Home Latest News Election of the Punjab Chief Minister the ruling coalition claims to have the support of 189 members of the Assembly
Most of the angry members of PML-N are also in touch. PML-N members are contacted on the arrival of deviant members in their constituencies. PML-N members want to get tickets for the next elections. 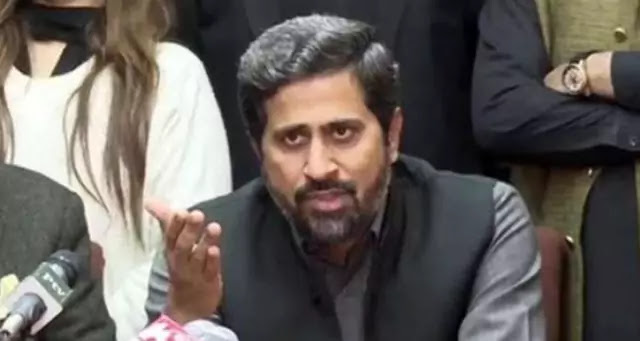 Lahore -The ruling coalition has claimed the support of 189 members of the Assembly for the election of the Punjab Chief Minister. Government coalition candidate Chaudhry Pervaiz Elahi will do a show of power today. Pervaiz Elahi met the members of the Assembly till last night. Fayyaz-ul-Hassan Chauhan said that most of the angry members of PML-N are also in touch.
Fayyaz Chauhan said that the PML-N members had made contact on the arrival of deviant members in their constituencies. Member National Assembly Monis Elahi called on Governor Punjab Omar Sarfraz Cheema.
The political situation and election of the Chief Minister of Punjab were discussed in the meeting held at Governor House.
Lead representative Omar Sarfraz Cheema said that he would give full help to Pervez Elahi in the appointment of the Punjab Chief Minister. Governor Punjab clarified that the historical facts of attacking PML-N and PPP institutions cannot be denied.
Monis Elahi said that Pervez Elahi had taken exemplary steps for the welfare of the people during his tenure as Chief Minister. The strategy is ready, we will prove our majority in the Punjab House