Skip to content
Home Latest News Echo of the presidential system in the country what does the constitution say? Barrister Aitzaz Ahsan unravels legal issues 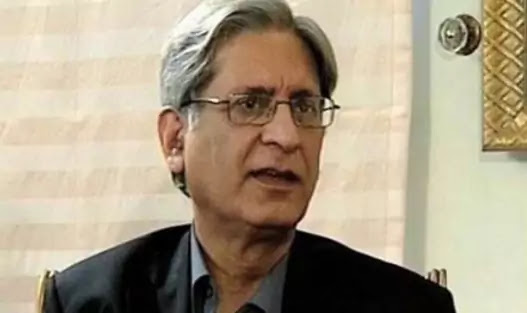 ISLAMABAD – Barrister Aitzaz Ahsan, central leader of the People’s Party and a well-known lawyer, has said that there is no place for a presidential system in Pakistan’s law. Despite the flaws in the system, the elements in the establishment could not persuade the people to accept the presidential system.
Speaking on a private TV program, Barrister Aitzaz Ahsan said that the parliamentary system and politicians in Pakistan have not failed. Yes, the army and the judiciary are very powerful institutions, if you fall behind the politicians then what can be said?
According to the provision of the referendum in the constitution, only the opinion of the people can be taken And the constitution cannot be amended, nothing can be done by a referendum except by drawing conclusions from the opinion of the people.
Only the government can make a difference if the vote of no confidence comes against it. What if there are elements in the Establishment who are paving the way for a presidential system? Can’t persuade people
Responding to a question, he said that Rana Shamim has spoiled his own case, of course, he is responsible for it. He had come to London from the United States to sign the affidavit but did not go to Lahore where his brother had died. Woke up or left the affidavit in London?
These questions will definitely be asked to them, the judiciary should not be defensive, the history of the Sharif brothers is very different, they have offended the judiciary, they Attacking the court of the
Chief Justice of the Supreme Court, the slaves openly attacked, then you see that they had decided to intimidate Malik Qayyum, then now they have shown the video of Arshad Malik to the whole world but then this He hid it and made it disappear by keeping it under his armpit. This is what we can do and no one can do it