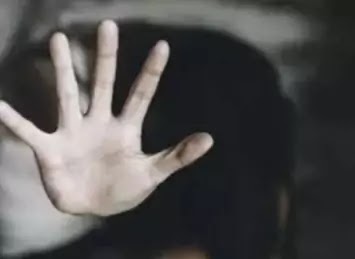 Faisalabad – Eating soybeans without permission became a crime, stepfather and stepmother became executioners, the innocent daughter was subjected to the worst kind of torture, the victim was tortured with pipes and wires. ۔ According to details, 13-year-old daughter Zainab was tortured by her stepmother and real father while eating soybeans in the Akbar Town area of ​​Faisalabad.
According to the report of private TV channel ARY News, the victim said that she was hit by pipes and wires. According to the report, the cruel parents were planning to kill their innocent daughter.
The parents tortured the girl with an iron rod and a gas pipe with the intention of killing her. When police and the child protection team arrived home, they found the victim semi-conscious.
The victim girl was taken into custody by the Child Protection Bureau. Meanwhile, on the notice of City Police Officer Ghulam Mubashir Mekan, on the orders of City Police Officer, SHO Mansoorabad and Anti-Women Harassment and Violence Cell took immediate action and arrested the accused.
Four sections have been added in the case against the accused by the police. On the other hand, Punjab Chief Minister Sardar Usman Bazdar took notice of the incident of violence against a minor girl within the limits of Mansoorabad police station of Faisalabad and demanded a report from CPO Faisalabad.
The Chief Minister has directed to take legal action against the perpetrators of violence against the girl child and directed that the girl child victim should be provided the best medical facilities. The Chief Minister said that violence against the girl child is inhumane and intolerable. Police arrested the accused father and stepmother