Skip to content
HomeLatest NewsDrop scene of the case of missing girl Dua Zahra from Karachi
Dua, who has been missing for 10 days, was found in Lahore, where the girl got married 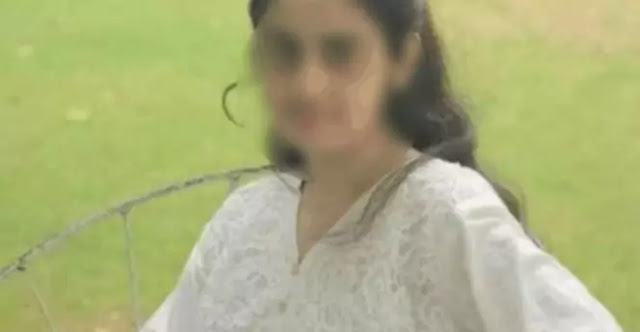 Lahore – Missing girl Dua Zahra’s case from Karachi became a drop scene. Dua Zahra, who has been missing for 10 days, was found in Lahore, where the girl also got married. According to media reports, Dua Zahra has also given a statement from Lahore in which she said that she came to Lahore from Karachi of her own free will.
It has been reported that Dua Zahra has been taken into custody by Lahore police and in this regard, Lahore and Karachi police are in constant touch and the girl will be transferred from Lahore to Karachi soon while police officials said that Dua Zahra has got married in Lahore. The boy she got married to belongs to Lahore.
It may be recalled that Dua Zahra went missing on April 16 from the Al-Falah Golden Town area of ​​Karachi. The psychologist, Investigating Officer, and Special Team inspected Dua Zahra’s house and questioned the family.
Earlier, Dua Zahra’s father had said that the police tried to prove her dua by showing footage of another girl. SHO was suspended on a false report. Expressing suspicion of the involvement of a person, he had said that Dua never went out of the house alone, whoever took the girl back to God, may he return alive.
While today a statement from Dua’s mother also came on social media in which she said that I have not slept for many days, no food is eaten, and my other daughters are also upset and crying in memory of their sister. I love her so much and can’t live without her, pray home Can’t live without it